Good news for parents with children born by assisted conception 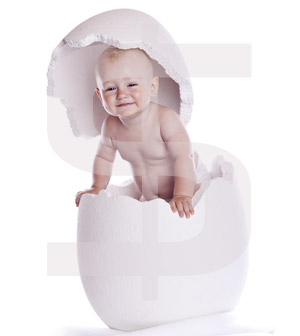 In vitro fertilization was first done in 1978. Since then, the number of children born of pregnancies that were the results of various kinds of assisted conception has dramatically increased — there are 5 million persons alive today who wouldn’t be here without it. It’s expensive, and doesn’t always work, but for some families it’s a choice available to try for a baby. It’s not all gravy. For a hard-headed and moving description of what the process can be like, I highly recommend Miriam Zoll’s recent memoir about the process, Cracked Open. You can read some excerpts here.

Assisted conception has real risks that have been known for some time —  prematurity, low birth weight, and fetal malformations. Multiple birth is also common. In the background there has long been the fear that children born this way might also be at an increased risk for cancer. This makes theoretical sense because many of the drugs used to enhance fertility affect cellular growth, and cancer is fundamentally a disorder of deranged, out of control growth of body cells. Now we have some information about that.

A British study examined the records of all children born there between 1992 and 2008 as a result of some variety of assisted conception. Since cancer develops years after exposure to any cancer-causing agent, it was important to follow these children for a long time. This study did pretty well in that department, with a median followup of 7 years. (The median is different from the average, and is more useful in this situation.)

The researchers studied 106,013 children born with assisted conception and compared their rates of childhood cancer to the known rates of childhood cancer in Britain. They found 108 cancers in the assisted fertilization group; the number predicted from previous population studies was 110, virtually the same number. (This also tells you that the background risk for any child to get cancer is about 1 in 1,000.)