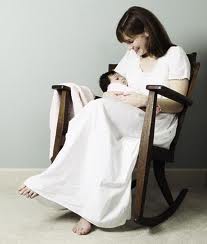 This is something that doesn’t seem, on the surface, to be directly related to critical care, but it really is. Doctor Mike Magee and his wife founded an organization called The Rocking Chair Project. The notion is simple. Parents (and grandparents) have known for generations, probably millennia, that rocking a baby is comforting to the child. But there’s more — now we know something as simple as gentle rocking of infants actually has a positive effect on their brain development.

The project began like this. Doctor Magee and his wife told their daughter, a family practice resident physician, to identify a needy mother who had just given birth, and they would donate a gliding rocker to her and her new baby if a family practice resident would deliver the chair to the home, assemble it as part of a home visit, and continue to give close follow-up to the family. The idea took off, and there is now a foundation to continue the project.

I’ve written in several places — this blog, my first book, an op-ed piece in the Denver Post — that disadvantaged kids have a disproportionately high chance of ending up in the PICU. James Heckman, a Noble Prize-winning economist, has shown that early intervention programs, besides giving kids better outcomes, even save money. So if a rocking chair can keep a child away from my PICU, we’ve saved that child from suffering and we’ve saved society some money. It’s win-win, and incredibly low-tech.