Effects of stress in the PICU: prevalence of burnout among pediatric intensive care practitioners 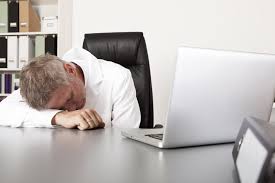 Burnout has been a descriptive term for years, but lately psychologists and others have assigned it specific characteristics with a view toward being able actually to study and measure it. One common definition of burnout is a state of chronic stress that leads to physical and emotional exhaustion, cynicism, detachment, and feelings of ineffectiveness. The PICU environment is often one of high stress, so it’s a place where this can happen. We’ve known that informally for a long time. The best measure of this probably is that you don’t find many pediatric intensivists my age (66) who are still practicing; a large number go into something less stressful and with more regular hours. A recent study appearing in the principal journal in our field, Critical Care Medicine, attempted to measure more precisely how common burnout is among my colleagues. There have been many studies about burnout in physicians generally but none specific to pediatric critical care.

The authors used a voluntary online survey in which they identified by professional societies and other means 686 pediatric intensivists and asked them to answer a series of questions. Note this means the subjects were self-selected, decreasing the power of the findings. Also note how few pediatric intensivists there actually are in this country — we continue to have a shortage. The questions were in the form of an often used and validated tool for assessing burnout — the Maslach Burnout Inventory. 253 intensivists responded. Full disclosure: I didn’t respond, mainly because I just didn’t get around to it.

The subjects had ages between 41 and 60 years (I would have been a big outlier in this age spread), were 60% male, and 69% had been in practice for more than 10 years. The great majority were married and had children. The most common practice setting was an academic hospital or a community hospital affiliated with an academic center, which is in line with where you will find PICUs. The authors found that half the respondents scored high in at least one of the three burnout subscales. Emotional exhaustion, at 34%, was the highest, followed by low personal accomplishment at 21% and depersonalization at 20%. Burnout was twice as common among women physicians than among men. What the MBI defines as severe burnout was present in 21% of the respondents. That last figure is pretty high. For comparison, though, burnout rates among all physicians have been reported to be as high as 50%, with emergency medicine physicians reporting the highest rate. But you need to be careful here. I have no symptoms of burnout; I also didn’t do the survey. We need to beware of sampling error issues, with the most burned out physicians taking the time to do the survey. A recent survey of family practice physicians who had been in practice for 5 years or more illustrates this. In a survey of 2,099 physicians with a 100% capture rate, burnout was reported in 25%, half what other surveys with nonrandom samples have reported. The capture rate was so high because they rolled the survey into board recertification. That’s still a lot higher than we would like, of course; if I were in charge I’d aim for a practice environment that resulted in figures of 1-2% or so. So maybe pediatric intensivists are pretty much like everybody else.

Burnout does have consequences. A third of the respondents to the PICU survey reported symptoms of severe psychological distress during the previous month. Burnout has been linked to early retirement or changing practice fields. What do we know about preventing burnout? Interestinly, most of the literature on the subject points in particular not to the life and death decisions aspect of practice. A big thing is workload, something that should be obvious; work people to death and they will crack. Nearly as important as workload are the relentlessly annoying bureaucratic things physicians are increasingly required to do. These are things that take us away from the bedside, and recent time flow studies document that physicians are spending less and less face to face time with their patients and more time facing their computers. For a lot of the day we’re not doctors at all — we’re clerks. I can vouch that hardly a day goes by when I don’t open my institutional mail and find yet some new thing I’m supposed to do or check. Nothing, absolutely nothing, is ever reduced — things are continually piled on. It all adds to workload and to the feeling administrators don’t really understand or respect what practicing physicians actually do.

I’m not burned out myself. In fact, I’ve never felt burned out. I’m really not sure why this is. But I think it’s because I’ve managed to end up in work environments that are a good fit for me. I’m grateful to have lucked into that (and it was luck) because I continue to enjoy PICU practice. Studies like this, however, should remind us burnout continues to be huge and growing problem in our physician workforce. Many facilities are taking baby steps to address the problem by reducing the bureaucratic burden with nonphysician helpers. But the workload issue will be a pernicious problem. Specialties like pediatric critical care are already short of practitioners, so just adding more physicians is difficult. Besides, adding more physicians to a PICU practice increases costs without generating more revenue, and I doubt any institution will be enthusiastic about doing that. There are no workload standards to point to as benchmarks.

I’m not sure what will happen with the burnout issue. But I think we’re reaching some kind of critical threshold that will demand institutions address it with fundamental alterations in practice management, not just Bandaids that keep physicians from rising up in revolt but still keep the pot simmering. I’ll probably be retired by then, but maybe not.