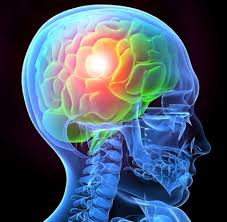 Traumatic brain injury (TBI) is unfortunately a fairly common thing seen in a typical PICU. Around a half million children are seen in America’s emergency departments each year for head injury. About half of these are mild, but 16-20% are classified as severe. Like most experienced pediatric intensivists, I have seen hundreds of these children over the years, with dozens at least in the severe category. In one sense the term “traumatic brain injury” has limited usefulness because it covers such a wide range of injuries, from mild concussions to more extensive injury, to lethal damage. There can be an associated skull fracture, but often there isn’t. In another sense, however, it’s a useful diagnostic category because the brain responds to a wide variety of injuries in a similar, stereotypic way. In fact several organs are like that, such as the lung.

Our understanding of the manifestations of TBI has grown considerably over the years I’ve practiced. When head CT scans became available we could for the first time assess such things as bleeding inside the skull or swelling of the brain easily and safely, things that allow us to direct our therapy appropriately. I remember how exciting it was when I was a medical student in 1974 doing neurology to see the first simple CT images taken on grainy Poloroid snapshots. Now CT can give us sophisticated, high resolution computer reconstructions of the brain. The technology represented such a breakthrough that its inventors received the Nobel Prize for it.

We soon realized, however, that some injuries to the brain, particularly what we call shear injury, are not well seen on CT — it takes an MRI scan to do that; the CT scan may actually look fairly normal. Another name for this is diffuse axonal injury, which is a good description of what happens. Shear injuries are caused by rapid acceleration/deceleration or rotation of the brain inside the skull from, for example, an impact at highway speeds. They can happen even without a physical blow to the head. These shearing forces essentially break some of the wiring that connects one part of the brain to another. Shear injury can be mild or it can be lethal — it just depends on the circumstances. That aspect is frustrating. Very similar injuries to two different patients can cause significantly different damage between them. 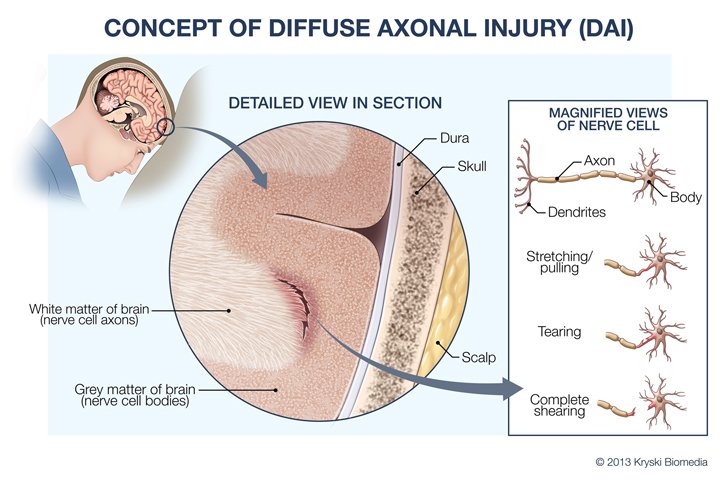 We also came to realize the most important thing we could do in the PICU for a child with severe TBI was to make sure the injury did not get worse: simple supportive measures like relieving pain and keeping the heart and lungs working well were key supportive measures to use while we waited for the child’s brain to heal. We learned to distinguish between what we term primary injury, the initial trauma, and secondary injury, which is what can happen in the succeeding hours to days as the brain responds to the primary injury. Early in my career we didn’t understand that distinction very well. We assumed there was little we could do except wait to see how severe the injury was. Now we understand everything we do during the critical period following the primary injury is crucial for outcome as we support the child during the healing phase. In particular, what first responders do in the field is crucial to what happens afterwards.

Increasing understanding of milder forms of TBI have made us realize it is much more common than we once thought. For children, although the long-term outcome for mild to moderate TBI is good, persistent problems with such things as headache, mood changes, and difficulties in school are not uncommon, and these can last for months. We also are coming to understand the bad effects of repeated injury, even if each individual event is mild. The effect can be cumulative. The disorder known as chronic traumatic encephalopathy was recognized, especially among professional football players who experience years of repeated blows to the head.

There is a great deal of information available about TBI. There are many misconceptions about it, too. As usual, Google can be a mixed blessing. You can find authoritative, respected advice from the Brain Trauma Foundation. This is an outstanding organization and you can also learn there some of the specifics of how we manage traumatic brain injury and why. This is also a useful site for more information.

It shouldn’t need to be said, but put a helmet on you child when they are skateboarding, skiing, or riding a bike. That’s enormously important to preventing or minimizing TBI.