Even low levels of air pollution are associated with increased mortality

This post isn’t specifically about children; it’s about the elderly, Medicare population. Even so I found this article newsworthy. It’s long been known air pollution is associated with increased asthma rates. I’ve written about asthma in children. Decreasing air pollution leads to reduction in asthma, an encouraging trend. There have also been long-term studies showing a correlation between air pollution and overall mortality among all ages. The offending agents in the polluted air are ozone and fine particles, those with a diameter of less than 2.5 microns, a size too small to see with the naked eye. So it’s established chronic exposure to polluted air is bad. But what about exposure to any air pollution at all, to air we wouldn’t ordinarily think of as polluted? In other words, is there a safe threshold?

Air pollution of course varies from place to place across the country. Here is an instructive map about that. The top panel shows the fine particles, the bottom one ozone. 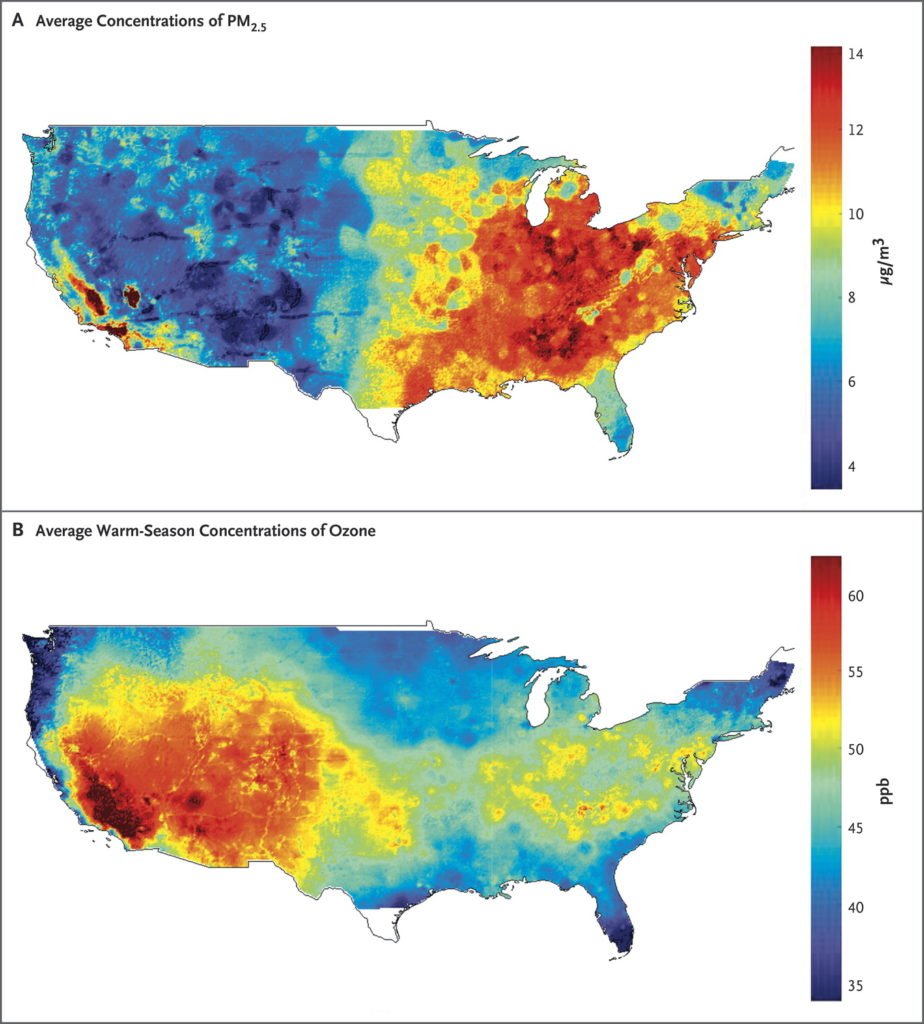 The investigators used an enormous database consisting of the entire Medicare population of 61 million persons studied over 12 years (2000-12). It totaled 460 million person years. Ten person years, for example, is 1 person followed for 10 years or 10 persons for 1 year. That’s huge. The authors’ goal was to find out if lesser degrees of exposure to air pollution, values half or less of those usually regarded as dangerous, were associated with increased mortality. They found they were, at least in the elderly. The graphs below display what they reported. Again, the top panel shows particulates, the bottom panel ozone. The left axis shows the hazard ratio for death, with a value of 1.0 meaning no hazard. 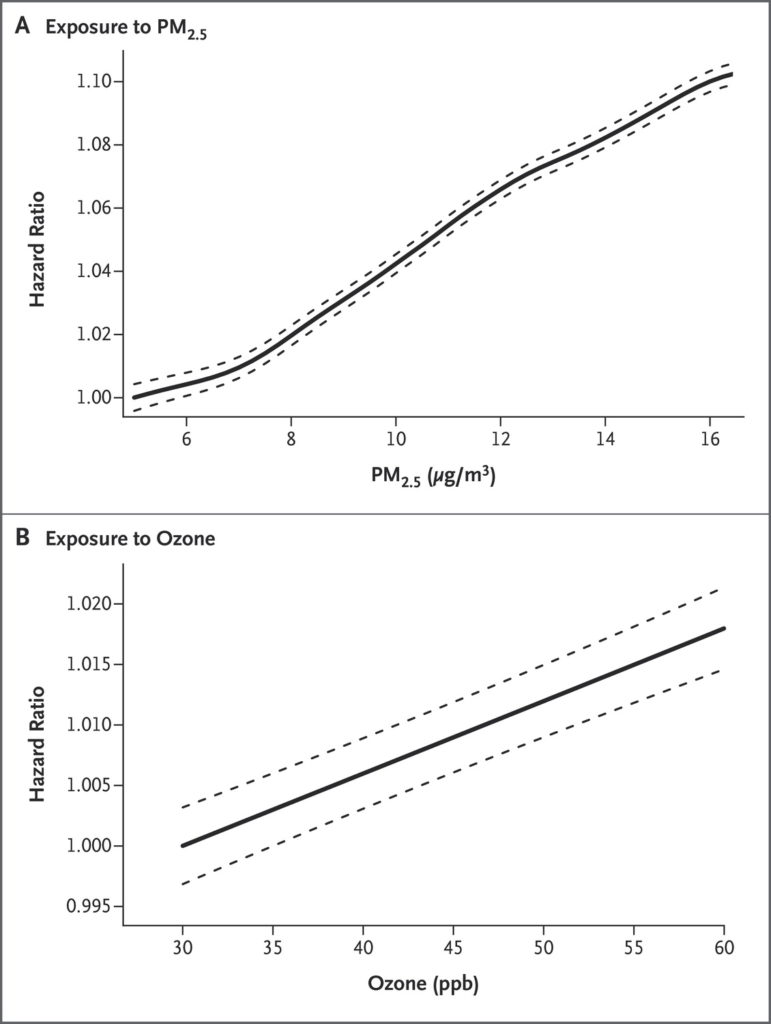 What the data show is what is called a dose-response curve. This is an important part of any study of potential cause and effect because, if the association of something potentially causing something else is real, you should see an increased effect if the dose is increased. Sometimes such curves plateau if maximal effect is reached, but these graphs show steadily increasing risk of death with increasing air pollution.

I think this is significant research. It suggests there is no safe level of polluted air. The editorial accompanying the paper agrees: its title is “Air Pollution Still Kills.”