How are pediatricians dealing with families who refuse vaccines? 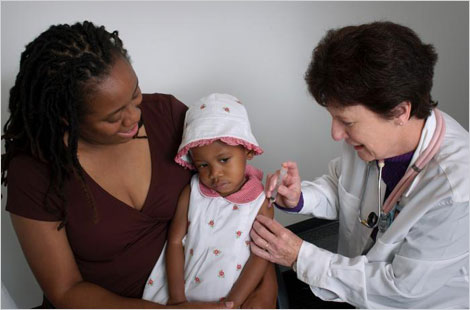 A manifesto has been making the rounds on Twitter (and other places) over the past year. It has been attributed to Dr. Mike Ginsberg, a California pediatrician. It reportedly was originally a Facebook post that has since been taken down, perhaps because of the controversy it generated. I can understand why — vaccines are a hot button topic and anyone who writes about them attracts attention, some of it unpleasant. I know that’s happened to me. Anyway, here’s the quotation attributed to Dr. Ginsberg:

I have patients who are premature infants with weak lungs and hearts. I have kids with complex congenital heart disease. I have kids who are on chemotherapy for acute lymphoblastic leukemia who cannot get all of their vaccines. In short, I have patients who have true special needs and true health issues who could suffer severe injury or death because of your magical belief that your kid is somehow more special than other children and that what’s good for other children is not good for yours. This pediatrician is not putting up with it.

Never have, never will.

These are strong words indeed, and they came out of the context of the recent measles epidemic experienced by California that was driven by unvaccinated children. I’ve seen it percolate around social media and wondered how common his (assuming it’s his) stance is. Of interest is that California recently passed legislation severely restricting the ability of parents who send their children to public schools to opt out of vaccinations. A recent article in the journal Pediatrics, the official journal of the American Academy of Pediatrics, gives us some answers about how widespread Dr. Ginsberg’s viewpoint is. The title of the article was “Vaccine delays, refusals, and patient dismissals: A survey of pediatricians.”

The authors compared two surveys done on a random sample of pediatricians who belong to the American Academy of Pediatrics (nearly all do). The first was from 2006, the second from 2013. It found the percentage of pediatricians dealing with families that refuse standard vaccination schedules has risen from 75% to 87%; in other words, most practicing pediatricians encounter this. The survey also asked what reasons the parents gave for declining to vaccinate. The pediatricians perceived that, although most parents declined out of fear of vaccine toxicity, a rising number — 73% in 2013 — did so because they believed they are not necessary. What has changed significantly is what pediatricians do in this situation. The percentage of pediatricians who will dismiss from their practice families who do not vaccinate has doubled, from 6% to 12%.

This is a complicated issue. Dismissing a patient from one’s practice is a formalized process that may take several months. Common reasons include nonpayment of bills or repeated failure to follow treatment advice, vaccinations in this case. There is a legal process for doing this that involves written notification. That’s the legal part. Ethically, physicians have a duty to care for their patients. When you “fire” a patient from your practice, you have a duty to help them locate another physician. Meanwhile you should continue to care for them. The fallout from this varies significantly depending where you are. As near as I can tell, Dr. Ginsberg practices in Northern California near a large metropolitan area. He is also part of a large group. So there should be plenty of other pediatricians in the area. But what if there aren’t? And what if what the patient wants is so far outside the mainstream that no physician will accept them? Are the physician and the patient stuck with each other?

It appears to me some pediatricians are handling the issue by refusing to accept new patients who won’t vaccinate. This approach gets around the problem because in that case the physician has no duty to care for the prospective patient. That’s not good enough for pediatricians like Dr. Ginsberg and, apparently, now 12% of all America’s pediatricians. We will have to see if this trend continues.

You should not have to guess my own view on vaccines. I trained in the subspecialty of pediatric infectious diseases before I trained in pediatric critical care. I well recall the severely damaged or dead children from, for example, H. influenza infection. The current HIB vaccine has eliminated this scourge. I also have an advanced degree in history of medicine, and have studied epidemics over time. Vaccines have had an enormously beneficial effect. Recall the famous line of Santayana: “Those who cannot remember the past are condemned to repeat it.”