From ALTE to BRUE: Changes in categorizing frightening spells in infants 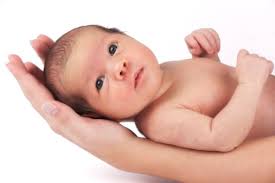 There is a troubling entity in pediatrics. Sometimes infants appear to have suffered some catastrophic problem, only to recover within minutes. Forty years ago these were termed “near miss sudden infant death syndrome events.” The notion was that they represented part of the spectrum of SIDS — sudden infant death syndrome — that had, for some reason, been averted. In the mid-1980s researchers realized these spells weren’t really related to SIDS because infants who experienced them were not at higher risk for having a real SIDS event later. A new term was coined: “Apparent life threatening event (ALTE).” The working definition was this:

An episode that is frightening to the observer and that is characterized by some combination of apnea [pause or cessation of breathing], color change (usually cyanotic [blue] or pallid but occasionally erythematous [red, flushed] or plethoric), marked change in muscle tone (usually marked limpness), choking, or gagging. In some cases the observer fears that the infant has died.

ALTE events are not only terrifying to parents; physicians are also worried and uncertain about what to do. I know — I’ve cared for many infants over the years who fit this description. It’s easy to know what to do if the infant looks abnormal when you examine him because whatever abnormality you find guides your course of action. But typically these babies look fine by the time the physician sees them. If the parents called 911, the paramedics also find a normal-appearing baby. Usually we admit such babies to the hospital and place them on heart and breathing monitors to see if they do whatever it was again. In my experience, they typically don’t. So now what? In at most half the cases we identify a probable cause, the most common of which is reflux of feedings from the stomach to the mouth, after which a small amount gets in the airway. When that happens a common infant reflex is to stop breathing — stimulating them gets them to start again. Respiratory infections (particularly RSV) and convulsions are also potential causes. But at least half the time we have no idea what happened.

What is the risk of an ALTE recurring? It turns out we have no idea about that, either. A recent review of nearly 37 research articles spanning 40 years concluded such a prediction can’t be made, largely because the definitions used for what is or is not an ALTE have been quite variable in spite of the above consensus statement. A huge issue is that infants who are clearly abnormal, but who arrive for evaluation with an ALTE, are often lumped in with children who appear normal after the event. Those are very different groups.

To try to analyze this troubling condition the American Academy of Pediatrics has just issued a clinical practice guideline about what to call these events and what to do about them. They did add to the alphabet soup by coining a new term: “Brief, resolved, unexplained event (BRUE).” I’m not sure how useful that term will be, but the intent is to separate out those children in which a detailed conversation with the parents and a thorough physical examination do not identify any potential cause. For those infants the committee (and it was a committee, with all the problems that can bring) recommends not doing so many tests. One thing is clear; a home apnea monitor does not at all reduce the risk of future harm, and so using one is not recommended. A BRUE (or ALTE) is not associated with risk for SIDS — that’s a key observation that has stood the test of time. We do know one thing that is clearly associated with SIDS: putting babies to sleep on their stomachs. Ever since the introduction of the “back to sleep program,” of instructing parents to put their babies to sleep lying on their backs, the incidence of SIDS has dropped remarkably, although it still happens.

What do I think? We don’t know what causes these spells. However, premature infants are at higher risk for them and we know such infants often have disordered breathing and heart reflexes. I have no data at all about it, but my guesswork opinion is these spells represent immaturity of infants’ brains such that they respond to a variety of stimuli by pausing or stopping breathing or slowing their heart rate. The tendency goes away with growing older because we only see this problem in infants. I hope this new categorization leads to useful research about what is really happening during these mysterious events.