A smartphone app for jaundice, effects of digital media on children’s brains and more: Pediatric Newsletter #10

Coming soon: A smartphone app to see if your baby is too jaundiced

This bit of news is pretty interesting, although the product is still in development. These days babies typically go home from the hospital when they’re a day old or even less.Newborn jaundice is very common, especially in breast-fed babies. Nearly all the time it means nothing and passes without treatment. Once in a while, though, the blood bilirubin, which causes the jaundice, gets dangerously high. We treat it with phototherapy. It takes a blood test to measure the blood level, although we’ve used devices for years in the hospital that estimate it from the skin color, identifying those babies that need the blood test. Now it looks as if there will be a way to screen your baby at home using your cell phone and then sending the results to you doctor. I think it’s a cool concept. 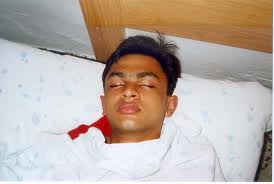 Every parent with a teenager knows they like to sleep more. To no one’s surprise, this is because they need more sleep to be healthy and sharp for school. Research has shown real benefits for mental and physical health. Starting school at 7:30 in the morning, or even earlier, is particularly hard for adolescents. Recognizing this, the AAP has come out with new recommendations for middle and high school start times, suggesting 8:30 am as more appropriate.

Who knows if this will go anywhere because the logistics of getting kids to school and parents to work on time can make it tough to change things. After school activities, such as sports, would also be affected if practice times are pushed back. But it seems pretty clear that a later start would be better for teenagers. 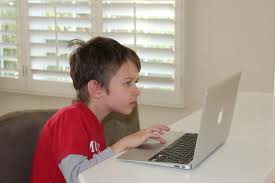 This one is interesting. All of us, especially children, are spending a lot more time staring at digital screens — computers, smart phones, video games. A research report coming out next month suggests this may not be a good thing for emotional development. Children, who have not yet fully developed human interaction skills, may be less able to read emotions on actual human faces if they spend a large amount of time with screens.

The researchers found that children whose access to electronic devices was limited were better able to read other people’s emotions. The authors concluded: “Decreased sensitivity to emotional cues – losing the ability to understand the emotions of other people – is one of the costs. The displacement of in-person social interaction by screen interaction seems to be reducing social skills.

“I’m not surprised by this, really, and I find it concerning. It’s one of several reasons my wife and I monitor and limit our son’s computer and smart phone time. 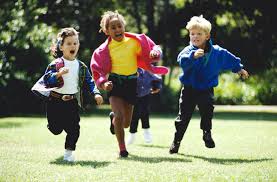 Every parent knows that physical activity is good for children. Among other things, being active and not parking in front of the TV is linked to a lower level of obesity. A new study from Finland suggests that a higher than average level of physical activity is also linked to improved academic performance in elementary students, particularly among boys.

The authors observed 186 children during recess for the first 3 years of schooling and also collected other information on physical activity, such as riding a bike to school: “The improvements in academic attainment were most striking in male participants, especially with reading skills. Boys with higher levers of physical activity, and in particular walking or cycling to school, had better reading skills than the less active boys.

“I was interested to see this research but it seems to me to be confirming common sense. What it is really saying is that if you encourage children, especially boys, to run around a lot and work out their energy, they concentrate better in the classroom. It reminds us that old-fashioned recess is getting rarer and rarer. A half-hour of unstructured play time used to be common; it no longer is.