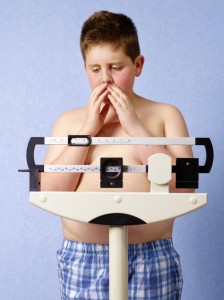 At what age to overweight and obese children start getting that way?

Most parents are aware that the average weight of America’s children is going up — more and more kids are overweight or obese. Experts debate the reason for this but we know it is happening. We have piles of data documenting the percentage of children who weigh too much, but until now we haven’t known the answer to a key question: When did they start to become that way? This is a key question because it would tell us where to concentrate our intervention measures. Now we know.
To understand this better you need to understand the difference between two key terms — incidence and prevalence. Incidence is the number of new cases of something in a year; prevalence is the overall number of cases of something in the population at a given time. We have known a lot about the prevalence of childhood obesity but, until now, nothing about the incidence. That is, we didn’t know when the large number of obese children first got that way.

This research article, which got wide coverage in the medical press, contains the important information. It uses year by year weights of several thousand children to see at what age individual kids became overweight and obese.

The article is in a medical journal but is worth a look if you are interested in the topic. You can see the summary without a subscription and it is quite clear.

If you want to know the scientific definitions of what the categories “overweight” and “obese” mean, and how to measure your own child, the Centers for Disease Control has a good source here. 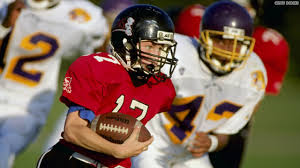 Football concussions in high school players: how you tackle matters

If you have a son who plays football you probably have heard a lot about concussions, which we now know are much more common than we previously thought. We also now know that they can be much more serious than just “getting your bell rung.” Getting multiple concussions, or another one before the symptoms of the first one have gone away, is very bad for the brain.

Although any blow to the head can cause a concussion, we don’t know if the location of the blow matters much. A recent study in high school players looked at the question. It turns out that a blow to the top of the head, such as when a player rams another player head-on, is more likely to cause one. I’ve never played football, but the authors point out that correct tackling technique is with the head up. It appears that the correct way to tackle is also the safest. 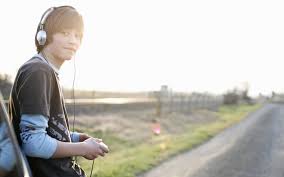 Why are teenage boys so fearless?

Every parent of a teenage boy knows that their ability to  judge risks is often not good. Why is that? Why do they seem to think they are immortal, and that bad things won’t happen to them? Is there something special about the teenage male brain? The answer appears to be yes.

A recent, quite sophisticated, study used high-tech brain scanning techniques to examine teenagers’ brains when exposed to a variety of simulated situations. The authors concluded this: “Adolescent males are relatively insensitive to punishment or losses, but hypersensitive to large gains.” From this they also speculated why punishment or threat of punishment alone is often not the best way to discipline an adolescent male.

So science may be demonstrating what parents have known for generations. Still, an interesting read. 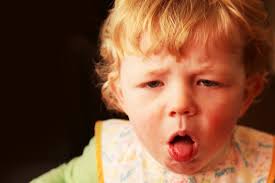 Don’t ever give your child codeine cough syrup. Ever.

We’ve known for some time that codeine, often in the form of prescription cough syrup, can be bad for children. The side effects can be severe, especially in children under the age of two, but it can do bad things in older children as well. The main problem is that the effect on a given child is quite unpredictable. What’s more, these syrups don’t even work at suppressing cough. A recent study reports the discouraging news that physicians haven’t gotten the message; the number of prescriptions written for codeine cough syrup for children has barely changed in the last several years; it is still a very large number. Parents can help. If a doctor wants to write such a prescription for your child, say you don’t want it. You might also remind the doctor that medical experts are unanimous in their condemnation of these products. Also, codeine as a pain killer doesn’t work well for children. So don’t use it for that, either.