Teenagers texting while driving: what data do we have about the risk and prevalence? 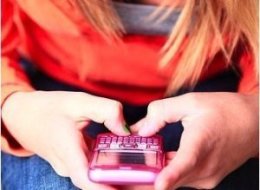 By now everyone should know that texting while driving is dangerous. Just talking on a cell phone while driving can have the same overall effect on attention and reaction time as driving while intoxicated. Texting while driving increases crash risk by 23-fold. But like most drivers I still pass cars with drivers bent over their phones texting away. Although we oldsters are catching up, texting is still more prevalent among younger people, especially teenagers. Teenage drivers already have a higher risk of getting into accidents anyway just owing to their inexperience. What do we know about what texting adds to this? We already know that 13% of all car crashes of 18-20 year-olds occur when they are using some sort of mobile device. A recent study gives us some information about how common texting is in particular.

The study was a survey of 8,505 students older than 16 and assessed texting behavior, as well as the association of texting with other high risk behaviors while driving. The results should cause us some concern. The results showed that nearly half of the students had done this during the previous month. More than that, texting while driving was associated with a significantly higher probability of the teenager not wearing a seat belt, riding in a car in which the driver had been drinking, or, most concerning, themselves driving after drinking.

I’m not surprised by these associations since risky behavior in teenagers comes as a bundle — if they do one risky thing they are more likely to do another. But parents should be aware of the particular danger of texting and talk to their kids about it. And, of course, we should set a good example by not texting while driving ourselves.