On brain death and the Jahi McMath story 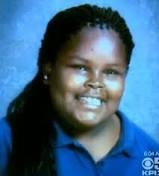 The recent and unfolding tragedy of Jahi McMath, the 13-year-old girl who died following complications of tonsillectomy and adenoidectomy, has focused many people on the question of brain death. Although I have no more details about this case than anyone else reading the news, I am quite familiar with the sort of things that happened to this unfortunate child. As many of you know, her family does not believe she is dead, although multiple physicians have documented she is and the county medical examiner’s office (the coroner) has issued a death certificate. The latest news is that she has been transferred from Oakland to a facility in New York.

So what is brain death? It means no function at the level of the brain stem or above. Function stops where the spinal cord joins the base of the brain. How do we know somebody is brain dead? There are a series of standard and relatively low-tech bedside tests to determine that. We first make sure the patient has a normal body temperature and has no sedating drugs in their system. There should be no purposeful response to any stimuli. The muscles are flaccid. Then we test for brain stem reflexes. One of these is response of the pupils to light — there should be none. There needs to be absence of normal movement of the eyes to motion of the head (called doll’s eyes) or no movement when we put cold water on the ear drum (called cold calorics); both of these measure the same reflex. There should be no blink reflex, called the corneal reflex, when a wisp of cotton is brushed on the eyeball. There should be no gag reflex when we stimulate the back of the throat with a wooden tongue depressor. Finally, the last test of brain stem function is the apnea test: we allow the blood carbon dioxide level to rise and look for any effort to take a breath. Rising blood carbon dioxide level is a strong trigger to the normal brain to breathe, and failure to do so means this ability is lost.

What happens after the bedside brain death determination varies a little from hospital to hospital. Many hospitals require 2 tests 24 hours apart; if both show no brainstem function, the patient is legally dead at the conclusion of the second test. As an alternative, we can do the bedside test followed by a simple scan to determine of there is any blood flowing to the brain. These two tests together give us an immediate answer, and many hospitals require the flow study for children. If the bedside examination shows no brainstem function and the flow study shows no blood flow to the brain, the patient is legally dead. I write the time of death on the death certificate as the time of the scan.

When I do these things I always want the family with me and watching what I do as I explain what is happening.

That all seems straightforward. As with this case, sometimes it’s not. For one thing, not all cultural traditions recognize brain death as real if the heart is still beating. I’ve been in that situation. For another, sometimes there are reflexes at the spinal cord level that look as if the patient is alive. That’s a difficult thing to watch.

The upshot is that I have continued support — mechanical ventilation, often medicines to support heart and other organ function — on a brain-dead patient for some time. Usually this is because the family wants some time to cope with things, or else there is a family member traveling to the hospital. I’m always OK with that, up to a point. A key principle here is that a family cannot force me to behave unethically, and continuing organ support of a dead person is disrespectful of the dead — mutilating to the body. Many ethical traditions, including my own, refuse to do that.

The longest I have ever continued organ support on a dead person was 6 weeks. We had a huge court battle similar to this case, with the court ultimately allowing us to withdraw support. A family member then attempted to enter the hospital with a gun. It was ugly.

The bottom line is that, with the exception of the one case above, I have always been able to mediate the situation by listening to families, being frank about my own duties (both legal and ethical), and allowing them time to grieve. I have always regarded caring for dying people and participating in their death as an honor granted me by the family.

I think there is more going on in this case than we know. Why this case became so adversarial is probably a complicated issue, and these complexities do not translate well to the evening news. At the very least, clearly the hospital and doctors failed to establish a relationship of trust with the family.

Regarding the child’s cause of death, I’d lay odds she had sudden bleeding from the tonsilar bed, the tissues under where the tonsils were. This is a well-known complication after tonsillectomy if the clots fall off. After that I think she probably lost her airway, either from obstruction from blood clots or some other reason. She was a large girl undergoing the procedure because of sleep apnea. Such people often have difficult upper airways to access and control with a breathing tube in a hurry, and that was what she probably needed. The back of the throat is also quite inflamed immediately after this kind of surgery and a rebleeding tonsil site can obscure everything with a large quantity of blood. I know this from experience. It’s a difficult situation to manage. I assume she went 4-5 minutes without an adequate airway, leading to brain damage and subsequent brain death. This is a common progression after anoxic brain injury — lack of oxygen — from any cause.

There are some directly antagonistic ethical issues in play here. Patients, and their families, are in charge of medical decision making. But they don’t have the right to demand whatever they want. This can be as simple as requesting a test that is not medically indicated or as complicated as this case. Futile care is unethical, particularly if it causes pain to the patient. Of course in this case the patient is already dead, so one could argue that there is no harm in persisting. But there is ethical harm, I think.

I have been in the situation of requesting, on behalf of a family, transfer of their brain dead child to another facility when we have reached an impasse. That is my obligation to them. But no facility I have ever dealt with would accept transfer of a dead person; I wouldn’t, and I am surprised the family was able to locate one.

One other thing I’m occasionally asked: Has anyone who was declared brain dead ever been found later not to be dead? I am unaware of any cases of this. If you hear of such things you need to understand that a patient in a deep coma, totally unresponsive to the world, is not dead. They still have the reflexes I described above intact. Once in a while such a person awakens.

At any rate, nature has a way of deciding these things no matter what we puny humans do.