Meet the norovirus, now the most common cause of “stomach flu” in children 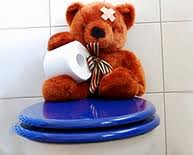 Gastroenteritis, often called “stomach flu,” is common in children. It has nothing to do with influenza, the “true flu,” which is caused by a respiratory virus. Gastroenteritis is caused by a different set of viruses. These viruses are generally transmitted by what physicians call the fecal-oral route, which sounds kind of gross. What we mean by that term is that the bug is in our intestinal tract and gets on our fingers. When we touch things without washing our hands properly we can pass it on to other people who touch the same thing and then touch their mouths. Of course toddlers don’t wash their hands, so the illness is particularly common in them. Gastroenteritis can cause severe vomiting and diarrhea, which can lead to dehydration and a trip to the doctor, but usually it passes within a few days.

For many years rotavirus was a very common cause of gastroenteritis in small children, but now a vaccine has reduced its incidence. Nature being nature, a new virus is taking its place and is emerging as the most common cause for gastroenteritis, accounting for 20% of cases. It’s called norovirus, and it’s a pretty amazing beast. In particular, it’s astonishingly infectious, making transmission quick and easy for it to accomplish. A recent report in the New England Journal of Medicine gives us some information about how it behaves.

The most amazing thing is how few viruses a child (or you) needs to get into their system in order to cause illness. Most micro-organisms need thousands of individual bugs to cause disease. Norovirus needs just 10 to 100. Considering how small a virus is that is quite astonishing, making norovirus one of the most efficient pathogens I’ve ever heard of. It is possible to contract the infection just by walking by someone with it because, unlike rotavirus, norovirus can also spread through the air. In one outbreak, 300 people were infected in a concert hall when they walked through a lobby where an ill person had vomited on the floor. It’s a huge problem in the food industry: in one outbreak a single infected food worker contaminated 76 liters of icing that went on baked products, causing disease in 3,000 people over the course of 4 days. Norovirus is responsible for about half of all cases of food-borne illness in the US.

To put some perspective on how common it is, by the age of 5 years, the authors of the New England Journal article calculate that norovirus will have caused 1 in 6 children to see a doctor in the office and 1 in 14 children will have visited the emergency room because of it. One in 278 will have been hospitalized, usually for dehydration. That’s pretty common. The peak incidence is 6 to 18 months of age.

For a parent, the key to taking care of your child with gastroenteritis is to keep them from becoming dehydrated. Here are some details about how to do that. At this point there is no simple test for norovirus. Knowing it’s there doesn’t affect therapy. But my recent reading about it has given me new respect for it.