Recognizing and treating dehyration in children 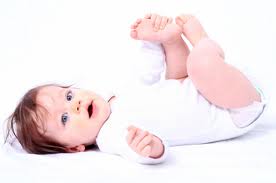 Our bodies are mostly water — about 60% water, in fact. This varies a little with age and sex, but it is a good rough estimate. Of that 60% water, about a third of it is outside the body’s cells, so-called extracellular fluid, and two thirds of it is inside the body’s cells, so-called intracellular fluid. The easiest way to remember this is the “60/40/20” rule: total body water is 60% of our weight, intracellular water is 40% of total body weight, and 20% of body weight is extracellular water. Water can move back and forth between these compartments as needed. Dehydration is a relative deficit of body water, and children are especially prone to developing it.

Dehydration results from loss of body water being greater than replacement of it. Our bodies lose fluid constantly: our kidneys must make a minimum amount of urine to stay functional; we lose water as sweat; and our breath, being fully humidified (saturated with water) takes water from our bodies. These are called obligatory, or insensible water losses. Children have a proportionately higher insensible losses than do adults because their ratio of surface area to body mass is higher. Children also tend to breath faster, especially whey they are sick.  So, compared with adults, children need to take in a relatively larger amount of water to keep all those body compartments full.

What causes dehydration in children? The most common causes are those that increase losses, such as diarrhea, vomiting, or rapid breathing from some respiratory problem. Sick children also tend to take in less fluid, so decreased intake of fluids also contributes.

How can we tell if a child is dehydrated? The most common early sign is decreased urine production, since the kidneys respond to the problem by conserving water. The urine also becomes more concentrated because there is less water in it. As a rule of thumb, the kidneys of a child weighing 10 pounds normally puts into her bladder about 1-2 teaspoons of urine per hour. This is easy to keep track of in infants because a parent can tell if the baby is wetting diapers at the rate she usually does.

As dehydration becomes more advanced, there are other signs we look for. These include a decrease in weight (because so much of our body is water), listlessness, poor color with a doughy feel to the skin, and a more rapid heart rate.

Most cases of dehydration can be treated with increased oral fluids, but sometimes, particularly if the child is too listless to drink or is vomiting a great deal, we use intravenous fluids for a day or so until the child is better. We have a good rough guide, based on body weight, about how much fluid a child needs to keep from becoming dehydrated when they are sick.

A common version of the formula divides children into three categories: less than twenty-five pounds, twenty-five to fifty pounds, and over fifty pounds. The first group needs about a half teaspoon of fluid each hour for each pound of body weight. This means a ten-pound child needs five teaspoons an hour, which is a little more than two- thirds of an ounce, or roughly about two ounces every three hours. A twenty-pound child then needs twice that—about four ounces every three hours.

A cup of juice is usually about four ounces and a large glass closer to eight ounces. So offering you child something to drink every three to four hours should keep them well hydrated.

We have some blood tests that can also tell us how dehydrated a child is. These tests measure the concentrations of some of the normal components of the blood. These include the blood sodium, potassium, and bicarbonate. Along with those we often measure a couple of indicators of kidney function — the creatinine and urea nitrogen. All of those things together constitute one of the most common blood test panels we get on sick children. The panel goes by several names, including basic metabolic profile, Chem 6, or electrolyte panel. We don’t need blood tests in mildly dehydrated children, but if you take your child to the doctor for what looks like more significant dehydration the doctor will often check that blood test because it guides what to do.

If your child is getting dehydrated, what kind of fluid should you give to head off or treat the problem? Medical opinion on this has changed a little over the years, but most doctors still recommend an over-the-counter balanced salt solution, at least for children under two. This contains all of the electrolytes listed above, as well as some glucose. The most common brand name is Pedialyte. Older children can drink almost any fluid. You can monitor how your child is doing by how much urine she is making and her overall state of alertness. The best way to give the fluid is in frequent, small amounts, especially if your child is vomiting.

When should you bring your child to the doctor? Especially for younger children, listlessness is a good sign of when to go in for an evaluation. A dry mouth or sunken fontanel (soft spot) are also signs of significant dehydration. Another reason would be continued vomiting and/or diarrhea that makes you concerned that you are not keeping up with ongoing fluid loss.

You can read an excellent discussion about dehydration in children here.