The possible benefits of playing music to premature infants 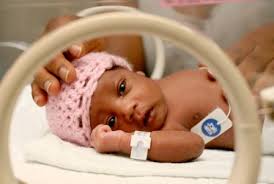 There is a large body of medical literature about the positive effects of music in a wide variety of situations: it has demonstrable calming effects. There is one group of very vulnerable patients for whom we have long done this, but in whom it is a bit hard to determine the effects — premature infants. An interesting recent study gives us some information about it.

The investigators, who work at one of 11 different neonatal intensive care units, studied for a two week period 272 premature babies with one of several common problems that babies of that age are prone to develop, including respiratory distress and infections. The music therapy was administered, and the results recorded, by trained music therapists. They noted the infants’ feeding behavior, heart rate, and respiratory function before, during, and after music sessions that lasted several hours each.

The investigators used several kinds of music, coupled with other soothing sounds. It was provided live at the bedside, which is pretty amazing but probably not feasible for many places. The therapist sang lullabies or used a small instrument called a gato box, which produces a rhythm meant to simulate human heartbeat. Prerecorded ocean sounds were also used. Not surprisingly, parents observing all this reported they perceived their infants to respond by becoming calmer. The paretns probably became calmer themselves.

All three modalities improved sleep patterns. This figure shows this pretty clearly: control infants (those without the music therapy) has worse sleeping patterns. This effect was sustained over the whole study period, even the the therapy sessions themselves were only a couple of hours each three times each week.

Anybody interested in this should take a look at the article for details. To me the results are really an example of verifying and quantifying common sense: after all, parents have sung to their infants for as long as humans have been around. There’s a reason for that — it works, and is therapeutic both for parent and infant.