Exposure of children to background television: how much and with what effects? 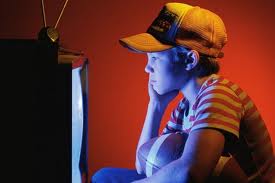 There is a fair body of research looking at the amount of television children watch. On a typical day, a child in America between the ages of infancy and 6 years watches about an hour and a half of TV. The effects of this on the child appear to be content-based. In particular, violence and other content inappropriate for children are associated with negative outcomes. In contrast, “pro-social” and certain varieties of educational content are associated with positive outcomes.

Very little, however, is known about the effects of background TV, those times when the television is on and in the room but nobody is really watching it. There is some research suggesting that increased background TV is associated with lower sustained attention during playtime, which is concerning, but which has not been verified with further research. A key question is just how much background TV children are exposed to. If kids spend an hour and a half watching TV each day, how many hours are they exposed to of background TV? A recent study in the journal Pediatrics gives some data about this question. The article also has references at the end if you want to track down the medical literature about the effects on children of watching different kinds of TV. (The full article is behind a paywall — if anybody wants the full version let me know.)

The study was a survey of about 1,500 households using daily diaries. The mix of families was a pretty close match to a cross-section of the population in racial and socio-economic characteristics, such as income and educational level. The results showed that the average child is exposed to 232 minutes of background TV — nearly four hours. This is a pretty startling number. Not surprisingly, having a TV in the child’s bedroom really jumped the exposure number.  I think a TV in the bedroom of a young child is a really bad idea, just on general principles, but this is another reason not to have one.

The effects of this background TV exposure are still unclear, but I doubt they can be good.