How do doctors decide things? 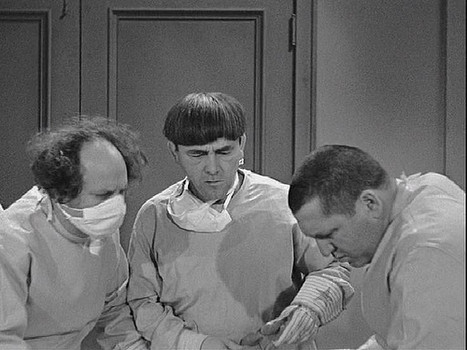 Jerome Groopman, Harvard professor and staff writer for The New Yorker, has written a book called How Doctors Think. It’s been on various best-seller lists, and deservedly so, since its publication. His point is that, among other things, the way doctors make decisions is filtered through our past experiences, what we have seen lately, and what we already know the most about. Heuristics, the formal discipline of problem-solving, is not taught to medical students, at least not widely. Most of us learn, as I did, by the apprenticeship system – watching more experienced doctors and how they operate. This can lead to problems. It is a hit-and-miss process in many ways.

One bias I’ve seen, and tried to  hold in check in my own decision-making, is being overly influenced by what we have just seen. It is easy to understand how that happens because what we’ve encountered lately is fresh in our mind. Another variant of that to guard against, especially in PICU practice, is reacting to a recent complication or bad outcome in one of our patients. Children in the PICU are sick, and all of our therapies carry some risk. In practice we weigh the risk of doing a particular thing against the risk of not doing it. Since the risk is never zero, every once and a while an unfortunate thing will happen. But, if it does, that does not affect the risk of it happening next time. Yet it’s human nature to consider a recent random event when evaluating the risk of it happening again. If you flip a coin and get ten heads in a row, the chance of the eleventh flip being heads is still fifty percent.

One particular problem Groopman points out is that diagnostic decisions have a kind of momentum; once a child is placed in a particular disease category, a diagnostic box, we filter everything through our assumption the diagnosis is correct. I see this happen now and then. We are tempted to ignore any data that contradicts what we “know” to be the diagnosis. Doctors even have a saying to justify this: when something seems strange, we are taught “it’s more likely to be an uncommon manifestation of a common thing than it is to be an uncommon thing.” Perhaps so, but uncommon things still happen.